High resolution and very accurate Mercedes Benz S-Class LWB 2017 3d model created according to real reference. Native format is Cinema 4d, the model can use Hypernurbs subdivision. Other formats are exported in one resolution. This can be further subdivided. Exported formats 3ds, max, fbx, and obj are prepared well to work correctly with every standard modeling software such as Maya, Lightwave, etc... Using FBX file for import is strongly recommended because it preserves basic material properties, objects hierarchy, uvw coordinates, and quad geometry. 3ds format preserves basic material properties, hierarchy and uvw coordinates, but all geometry is triangular. Max format includes hierarchy, quad geometry, Turbosmooth, and standard materials. OBJ format preserves only quad geometry and uvw coordinates. Each format of model (except for OBJ) has a hierarchy of parents and children objects ready to animate manually or using any car animation plugin. All mesh parts separated by material are joined under one empty (no polygons) object used as their pivot. All materials, textures, and objects are sorted well to make Your own materials for special render engines.

Perhaps the main change in appearance is the appearance of optional Multibeam matrix headlights, in which 84 diodes work. You can distinguish a car with such optics by the triple rays of daytime running lights. Headlights can hit with a high beam over a distance of 650 meters. And if smart electronics recognize oncoming or passing cars, a number of headlamp sections will reduce brightness, and drivers of other cars will not be blinded.

In the cabin of a  Mercedes Benz S-Class 3d model - a new three-spoke steering wheel, on which small touch panels to control the on-board computer and multimedia. The graphic instrument panel and the screen in the center were placed behind a single glass "slab".

Assistant driver keeps the car in the lane. In addition, an electronic assistant can read road signs and slow down in front of them, taxiing in turns. But this is still not a full autopilot. In bad weather or when on the road erased markings, he often makes mistakes and in steep turns just takes the car to the oncoming lane. So it’s too early to take your hands off the wheel, but you can relax a little.

With restyling in the range of engines, new power units have appeared. In place of the V-shaped “six” came the in-line, OM 656 series. This is a three-liter turbodiesel. The fiscal version of the S350d develops 249 hp, and the S400d produces 340 hp.
The modification of the S500 was taken by the new version of the S560. She has a petrol 4.0-liter V8 with a capacity of 469 hp, with a function to disable the cylinders. In quiet driving mode, the four cylinders “rest”, which saves fuel. As a result, the S560 consumes only 9.3 liters of gasoline per hundred kilometers.

Both engines are good, and neither one nor the other is heard in the cabin. Diesel is not annoying characteristic tarahtenie, and gasoline V8 does not scare roar even at high revs. But in the back of the chair during acceleration presses strongly in both cases.

As an option on the S-class, you can now order Magic Body Control hydro spring suspension with a new Curve mode. When cornering, the car does not simply level the banks — the hydraulic supports tilt the body inward at a turn to an angle of 2.65 °. This action can be compared to how a motorcyclist turns. As a result of this active rollback, rear-seat comfort is improved. Buy Mercedes Benz S-Class 3d model on Flatpyramid. 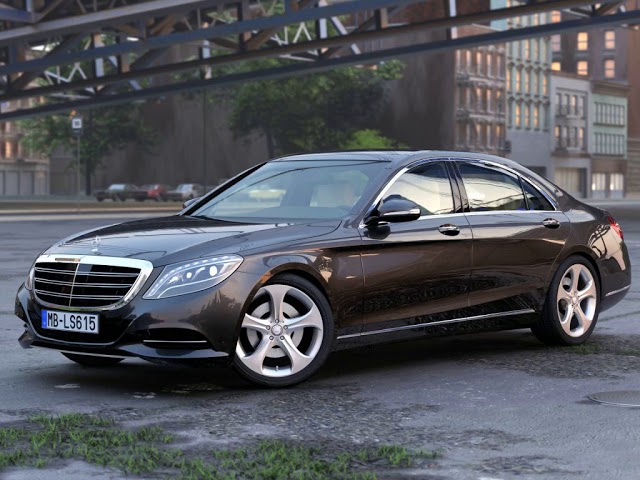