The Taj Mahal 3D model is made from a mausoleum mosque located in Agra, India, on the banks of the Jamna River (architects, probably Ustad-Isa, etc.). Built by order of Tamerlan’s descendant, the padishah of the Baburid Empire, Shah Jahan, in memory of Mumtaz Mahal’s wife, the fourteenth child who died during childbirth (later Shah Jahan himself was buried here).

The Taj Mahal 3D model (also “Taj”) as a real structure is considered as an example of Mughal style architecture, which combines elements of Central Asian, Indian, Persian, and Arabic architectural styles. In 1983, the Taj Mahal named a UNESCO World Heritage Site: "The pearl of Muslim art in India, one of the universally recognized heritage masterpieces that are admired throughout the world."

Despite the fact that the white marble dome of the mausoleum is the most famous component, the Taj Mahal is a structurally integrated complex. The building began to be built around 1632 and completed in 1653. Worked 20 thousand artisans and craftsmen. The management of the Taj Mahal was entrusted to the Council of Architects under imperial control, including Deshenov Anu, Macramat Khan, and Ustad Ahmad Lahauri. The main author of the project is usually considered Lahauri. According to another version, the most popular among the guides of the Taj Mahal, one of the main architects was the Turk Isa Mohammed Efendi.

Inside the mausoleum, there are two tombs - the Shah and his wife. In fact, their burial place is below - strictly under the tombs, under the ground. Construction time refers to approximately 1630-1652 years. The Taj Mahal is a five-dome structure 74 meters high on the platform, with 4 minarets in the corners (they are slightly inclined away from the tomb so that in case of destruction they do not damage it), to which there is an adjacent garden with fountains and a pool.

The walls are laid out of polished translucent marble (brought to the building for 300 km) inlaid with gems. Turquoise, agate, malachite, carnelian, etc. were used. Marble has such a feature that in bright daylight it looks white, pink at dawn, and silver on a moonlit night.

The Taj Mahal was built on a plot of land south of the surrounded Agra fortress wall. Shah Jahan traded this site belonging to Maharaja Jai ​​Singh (Eng. Jai Singh I) for a large palace in the center of Agra. An area of ​​approximately three acres (1.2 hectares) was dug up, soil was replaced to reduce infiltration, and the site level was raised 50 meters above the riverbank level. At the site of the mausoleum were dug wells, which, filled with rubble stone, formed the foundations of the building. Instead of scaffolding from tied bamboo, large-scale scaffolding from bricks was built that surrounded the tomb. They were so impressive in size that the masters, the construction managers, feared that their disassembly could take years. According to the legend, Shah-Jahan announced that anyone can take as many bricks as they wish, and the forests were dismantled by the peasants practically overnight. 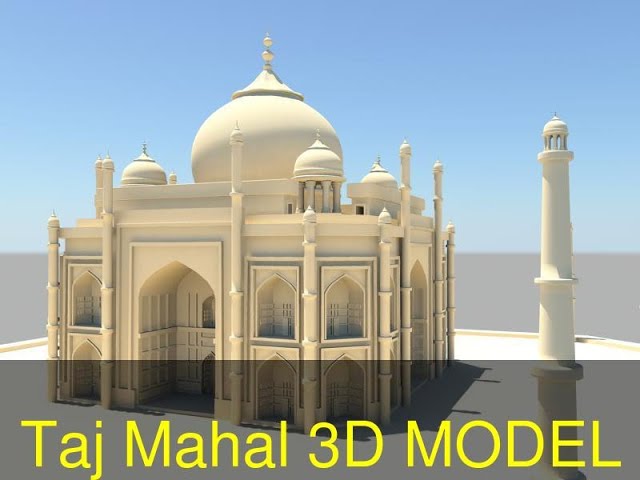