Washington D.C. 3D model based on a city, capital of the United States of America. The official name is DC. In order not to confuse the city with the state of the same name in the north-west of the country, Americans in colloquial speech usually call the city DC or Washington, DC.

The city is located on the north bank of the Potomac River and is bordered by the state of Virginia to the southwest and the state of Maryland from all other sides. The resident population of the city is over 600 thousand people; due to the arrival of residents of the suburban area during the work week, it increases to one million. The population of the Washington metropolitan area, of which the city is a part, is 5.4 million; according to this indicator, the agglomeration ranks eighth in the country.

In Washington, there are the main representative offices of all three branches of the federal government, including the residence of the President of the United States in the White House, as well as many monuments and museums of national importance. The city has dozens of embassies, the headquarters of the World Bank, the International Monetary Fund, the Organization of American States, the Inter-American Development Bank, the Pan American Health Organization.

Washington is governed by a municipal council of 13 people headed by the mayor, but the US Congress has supreme authority over the city and can repeal laws passed by the council. Therefore, residents of the city have less rights in self-government than residents of the states. The district has a non-voting delegate to the House of Representatives of the US Congress but does not have its own representatives in the Senate. Prior to the ratification of the Twenty-third Amendment to the US Constitution in 1961, district residents also did not have the right to vote in presidential elections.

The motto of the city: lat. Justitia Omnibus

C4D file (obj-dxf-3ds) for a 3D map of Washington D.C. 3D model
All formats zip files has enclosed tex, material, and maps. But it could need some texture reassigning.
Poligoni 67281
Vertices 86514 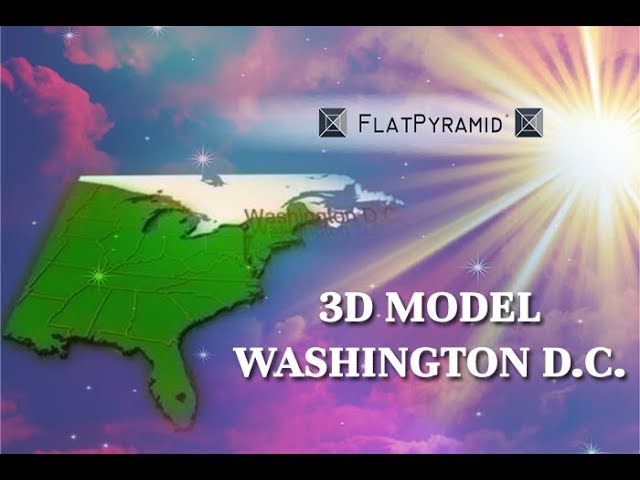