The White House was the official residence of all US presidents, with the exception of George Washington, who held this position from 1789 to 1797, that is, with him the White House did not exist. At the time of the completion of the White House, from Saturday 1800, John Adams became the first president to occupy the house. The presidential home in Philadelphia became a hotel and in 1832 was destroyed, and the presidential mansion, which was not used, became home to the University of Pennsylvania. In August 1814, the White House was burned down by the British, after which it was reconstructed and restored.

The House of the President was the main function of the plan of Pierre (Peter) Charles L'Enfant for the recently established federal city of Washington, DC. At the design competition, the architect of the White House was selected, after which he received nine proposals, as well as one submitted anonymously by Thomas Jefferson.

The building, which was designed by Hoban, was controlled by the upper floors of the Leinster House Hotel in Dublin, which later became the seat of the Oireachtas (Irish Parliament). According to the assumptions, in 1789, while traveling through Bordeaux, Thomas Jefferson at the School of Architecture (Bordeaux College of Architecture) looked at Salat’s architectural drawings (which were archived in the college). After returning to the United States, he told Washington, Hoban, Monroe, and Benjamin Henry Latrobe.

Detailed model of White House Complex Rendered with C4D.
All materials and textures are included, but it could need some texture reassigning.
mnogokutan
Poligoni 399768
Vertices 416378 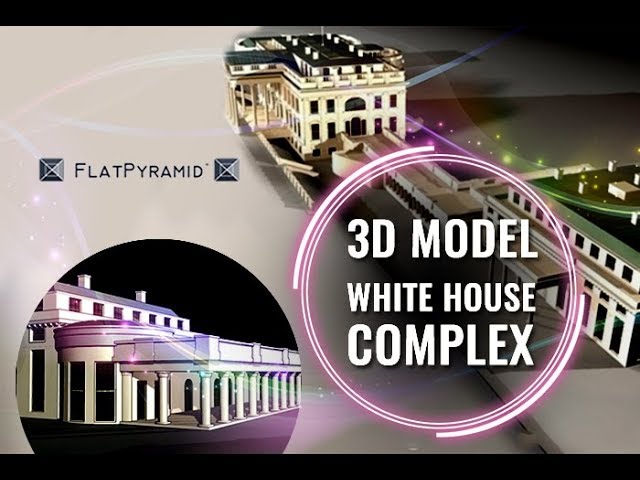