The theater building, built by architect J. Piermarini, was one of the most beautiful buildings in the world. It is designed in a strict neoclassical style and differs immaculate acoustics. The artistic decoration of the auditorium was combined with a convenient location of seats in it and met all the most stringent requirements of optics. The building of the theater was 100 meters long and 38 meters wide. In the middle of the facade stood a portal for the entrance of carriages with ladies and their cavaliers.

The hall had the shape of a horseshoe. It had five tiers of boxes and a gallery. The lodges were only 194 (also the royal lodge). In each bed fit from 8 to 10 people. All the lodges were connected by a corridor. He was followed by the second row of lodges in which the tables for the card game and the beverage trade were located. The stage of the theater was rather small. Initially, there were no chairs in the stalls - they were replaced by folding and mobile chairs.

The lighting was rather poor. Candles were lit in the boxes, and those who sat in the stalls did not risk removing their hats and other hats, as melted wax dripped on them. There was no heating in the theater. But the hall of the theater was wonderful - made in white, silver and gold tones. Everything happened in this wonderful hall - from balls to gambling and bullfighting. The theater building cost Milan about 1 million lira of that time. Expenses were distributed among themselves 90 aristocrats of the city. The theater building has been restored several times. During World War II, it was destroyed and restored to its original form by engineer L. Secchi. La Scala Theater reopened in 1946.

The Rock (as the Italians call the theater) opened in August 1778 with two operas, including A. Salieri’s Recognized Europe opera, specially written for the occasion, followed by two ballets.

Until the end of the 18th century, dramatic performances were also staged on the theater stage. They were popular at that time, the puppet theater troupe and dramatic, but the opera seasons, which had the names "carnival", "autumn", "spring", "summer", immediately became regular. In the period of the "carnival season" opera-series and ballets were staged, the rest of the time mainly opera-buffa.

C4D 3D model
All formats zip files has enclosed material and map. But it could need some texture reassigning.
Poligoni 354496
Vertices 356498

The full name of La Scala is Teatro Alla Scala, Milan Theater, one of the world’s leading opera houses and the leading Italian theater.

The word ‘ scala ‘ means simply a staircase. The theater was built on the site of the staircase church of Santa Maria Della Scala-Santa Maria.

At FlatPyramid, we have designed a 3D model of a La Scala theatre. Our 3d model appears like a unique theatre model. This is a Realistic 3d model with Texture. This model can also be used for a variety of purposes such as drawing, animated movies, projects, instructional intent, filmmaking, and much more, the model is best for you.

If you are in search of the same model then give up your search with us. FlatPyramid is providing high certain 3D models in various file formats that can be easily downloaded from our website. In case of any query regarding the product, please feel free to contact us. We shall be glad to help you.

Thank you for showing pastime in the 3D model of a La Scala theatre. 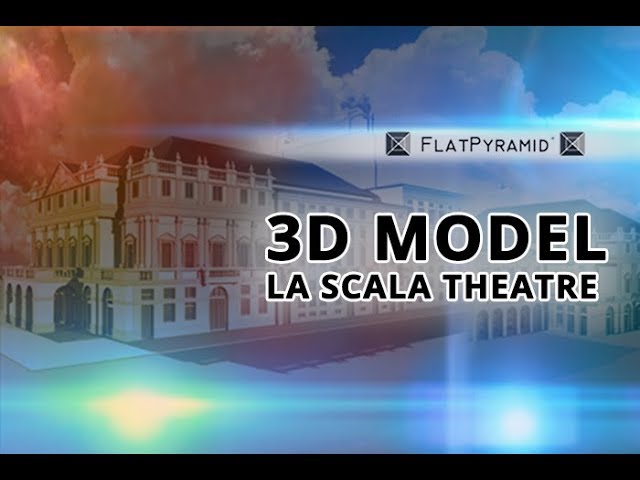