Solar impulse is a Swiss long-range experimental solar-powered aircraft project. It is a privately financed project that is led by Swiss engineer and businessman Andre Borschberg and Swiss psychiatrist Bertrand Piccard.

The aircraft is a single-seated monoplane powered by photovoltaic cells; it is capable of taking off under its own power. The prototype, often referred to as Solar Impulse 1, was designed to remain airborne up to 36 hours. It conducted it first test flight in December 2009. Piccard and Borschberg successfully completed the solar-powered flights from Switzerland to Spain and then Morocco in 2012.

The Solar impulse project was initiated by Piccard in November 2003 after undertaking a feasibility study. As a mechanical engineer, co-founder Andre Broschberg directed the construction of each aircraft and oversees the preparation of the flight missions. By 2009, they had assembled a multi-disciplinary team of 50 engineers and technical specialists from six countries, assisted by about 100 outside advisers and 80 technological partners.

It is fascinating how a plane can be powered by solar plates. To describe it, FlatPyramid has developed a 3D model of Solar Impulse. It is a high resolution model with very well defined details. It has got solar panels spread all over its wings. It is originally intended to be able to sit one person at a time, after reducing its weight it can be made available for two people.

We hope you like our 3D model of Solar Impulse. For further inquiry please feel free to contact us.

Thank you for showing interest in 3D model of Solar Impulse. 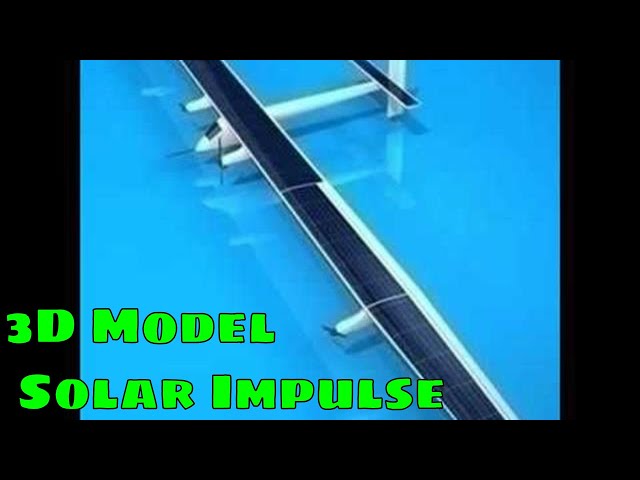