The Volkswagen New Beetle is a compact car; it was introduced by Volkswagen in 1997, drawing great insight from the exterior design of the original Beetle. The main intention of the manufacturers was to show bug like features through the clever design of the vehicle.

Unlike the original one, the new Beetle has its engine in the front. It is a front-wheel drive with rear luggage storage. Many New Beetles have a flower vase next to the steering wheel for the buyers to put fresh floral decorations in.

The New Beetle sports absolutely stunning looks and features; keeping all these in mind, FlatPyramid has developed a 3D model of the New Beetle. It is a very high resolution model with crisp and clear details. It is available in different formats to be used for commercial and non-commercial purposes. It is one of the most highly detailed models of the New Beetle you can possibly come across on the web.

Thanks for showing interest in the 3D model of the New Beetle. 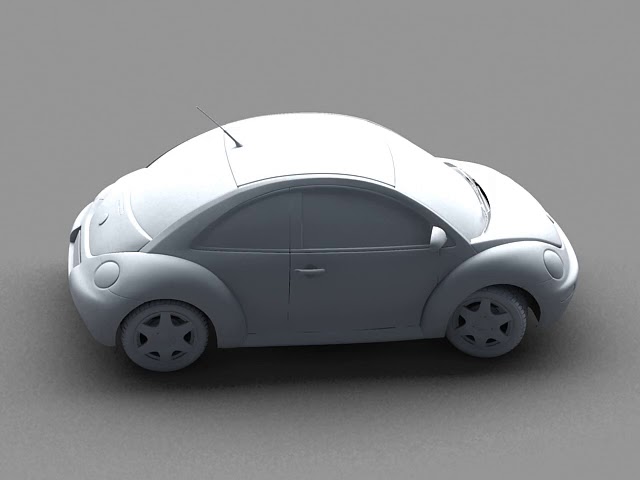