The Nokia 6680 is a high-end 3 G handset with Symbian OS, with user interface Series 60 and 2nd Edition. It was revealed on February 14, 2005, and released the following month. The 6680 was Nokia’s first front camera product and was designed exclusively for video calling.

Our 3d model looks like a Nokia 6680. This is a Realistic 3d model with Texture. Real-world scale and exact proportions. This is a High detailed Nokia 6680 model. This model can also be used for a variety of purposes such as drawing, animated movies, projects, educational intent, filmmaking, and much more, the model is perfect for you.

Dođi kod nas FlatPyramid if you are searching for the same. We are providing the 3D models in various file formats that can be easily downloaded from the website. We are always ready to serve you with our services.

Thank you for showing interest in buying the 3-D model of the Nokia 6680. 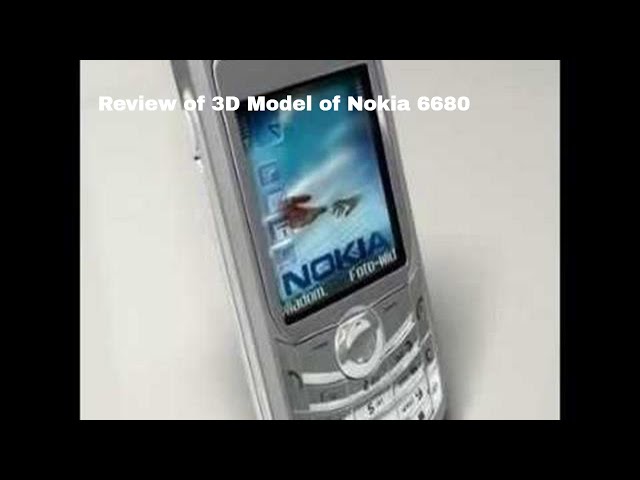